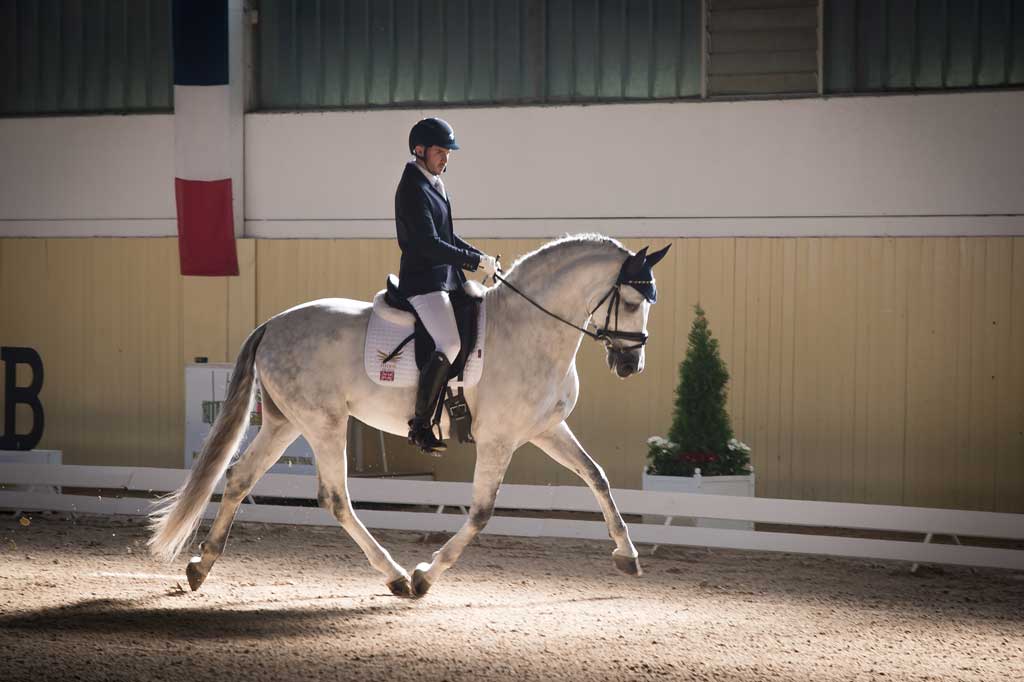 Posted at 18:38h in Stud News by domcoutts
2 Likes
Share

Popularly regarded as the pinnacle in dressage competition for Iberian horses, including Pure Bred Spanish Horses (PREs) and Lusitanos (PSLs), we were thrilled to qualify with Danes CA for the prestigious Masters Du Cheval Ibérique (MCI), European Championships.

Held this year (2016) in Turin, Italy, it was not a small trip to embark upon, particularly for a young Andalusian stallion. Indeed, at just 4 years old, Danes CA was not only the youngest horse in his sections and the young horse classes, he was also the only 4 year old at the competition.

So we are justifiably over the moon with his 7th placing in the Novilla, 9th placing in Primera and 7th overall in the young horse sections.

Already the British Champion 4 year old stallion, he’s got a promising future as one of the most prominent functional and morphological Spanish PRE stallions in the UK.

See more of this Spanish horse.