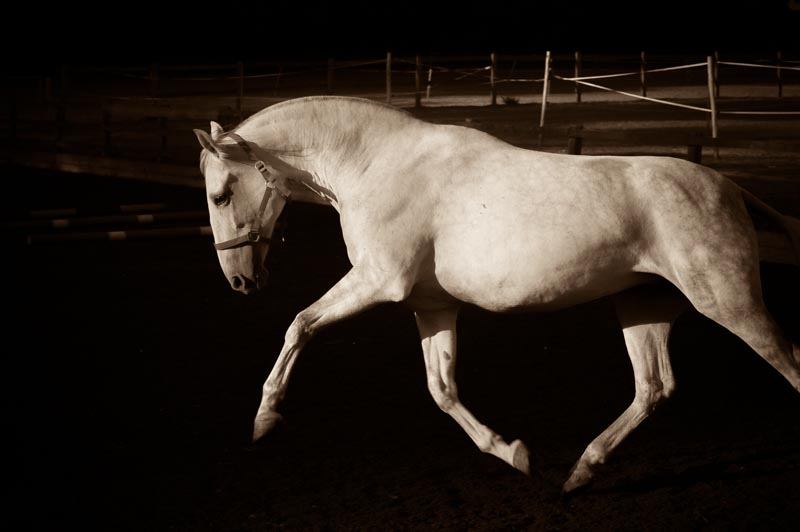 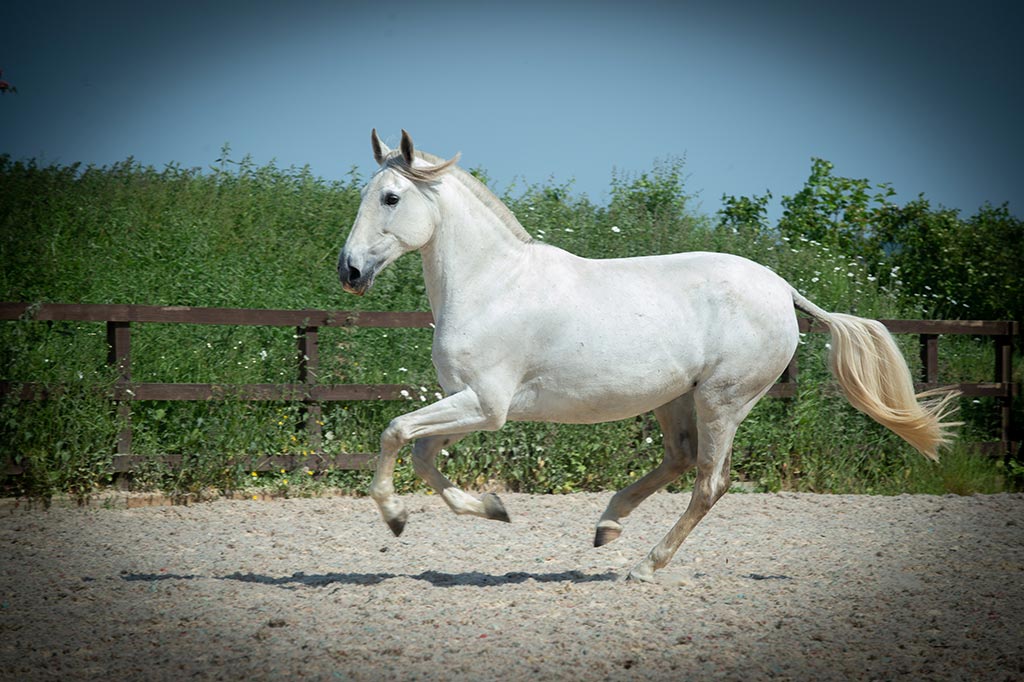 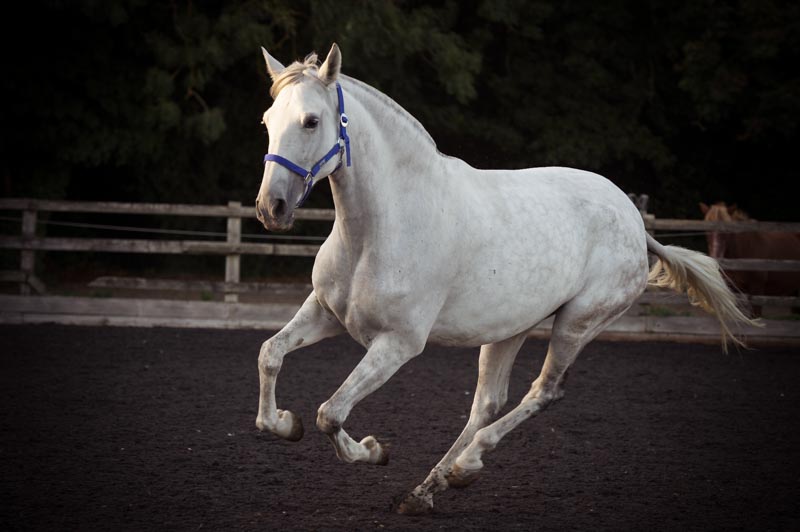 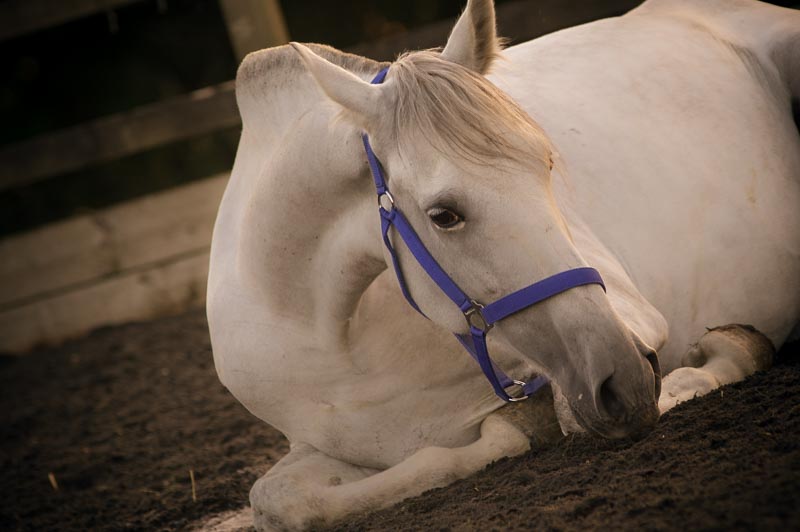 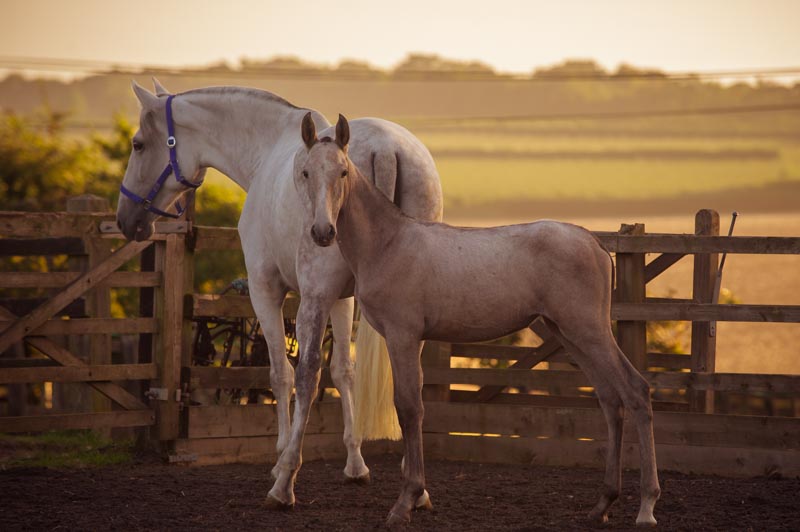 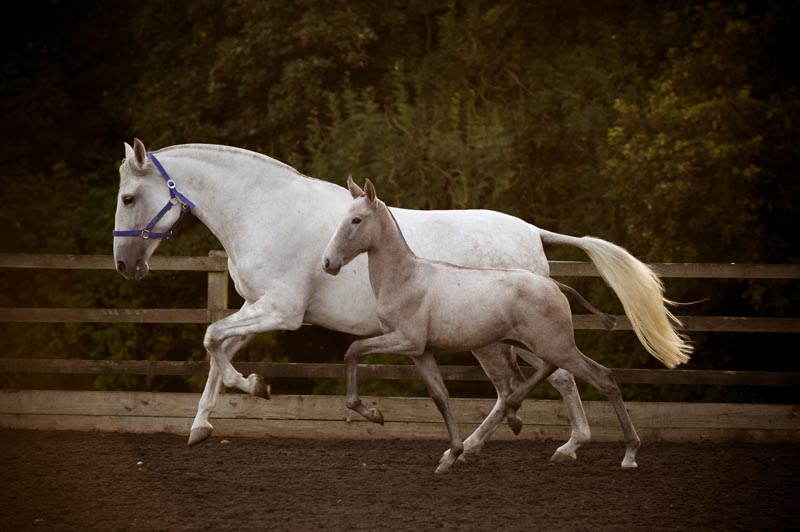 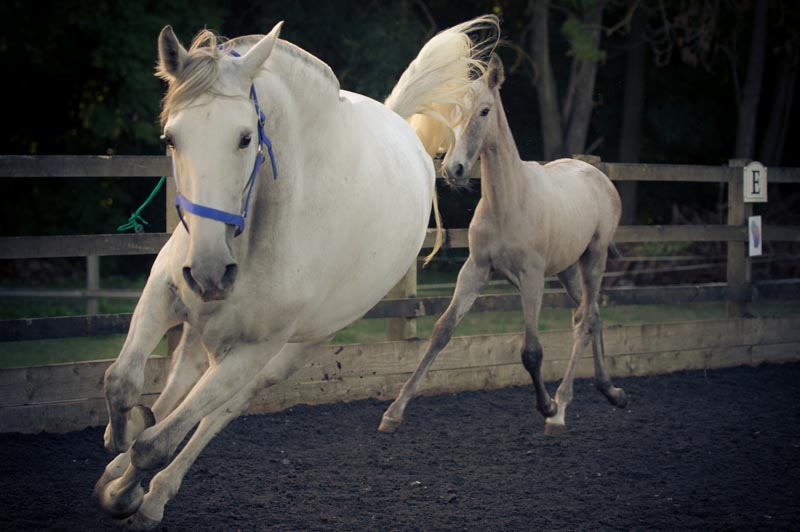 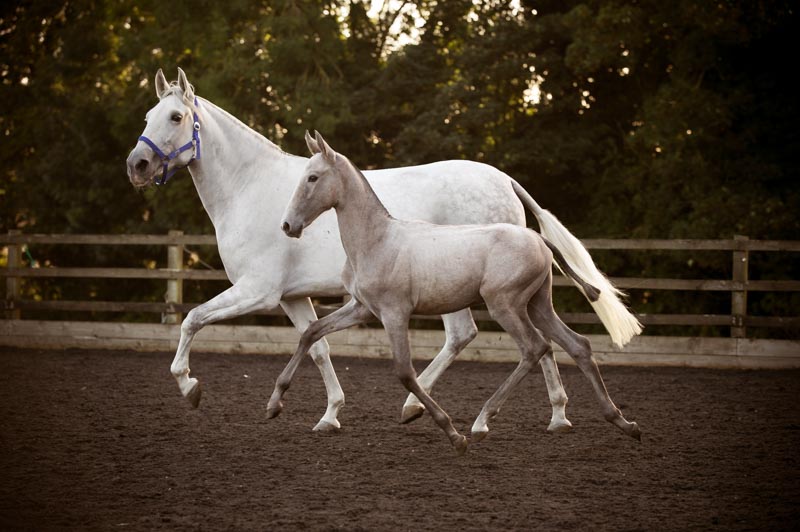 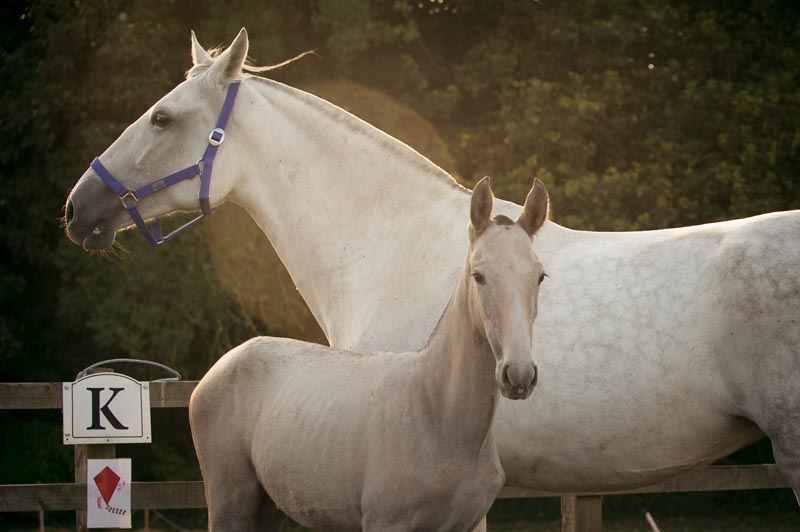 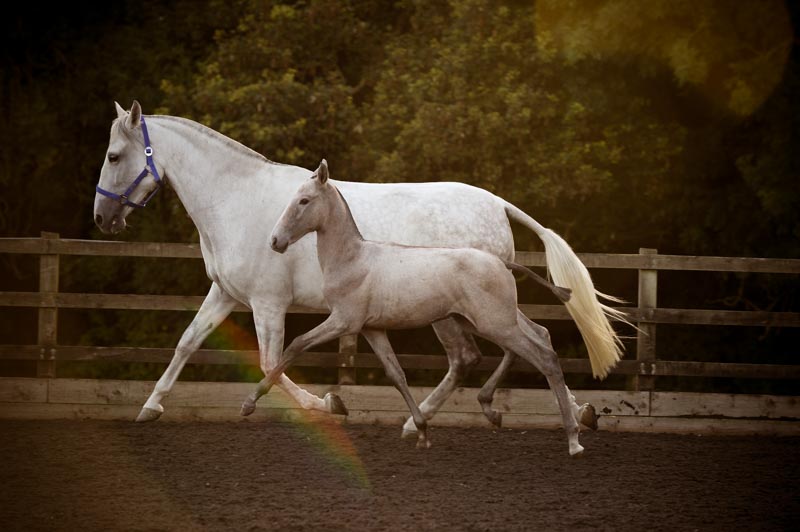 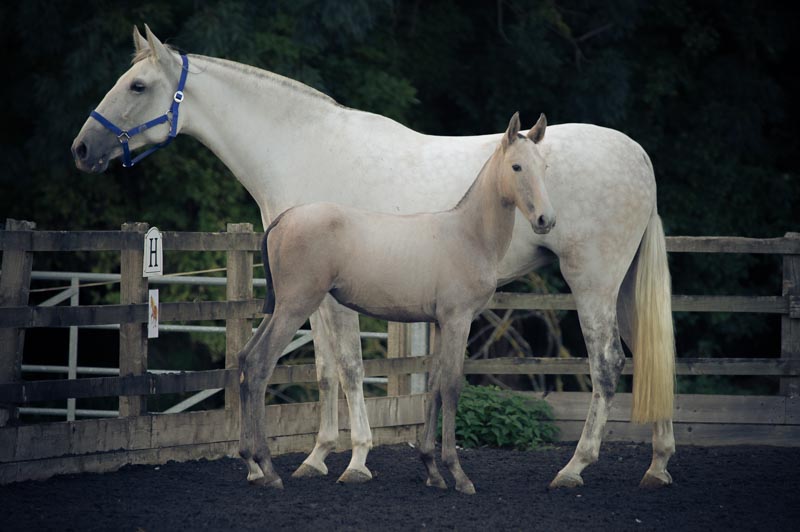 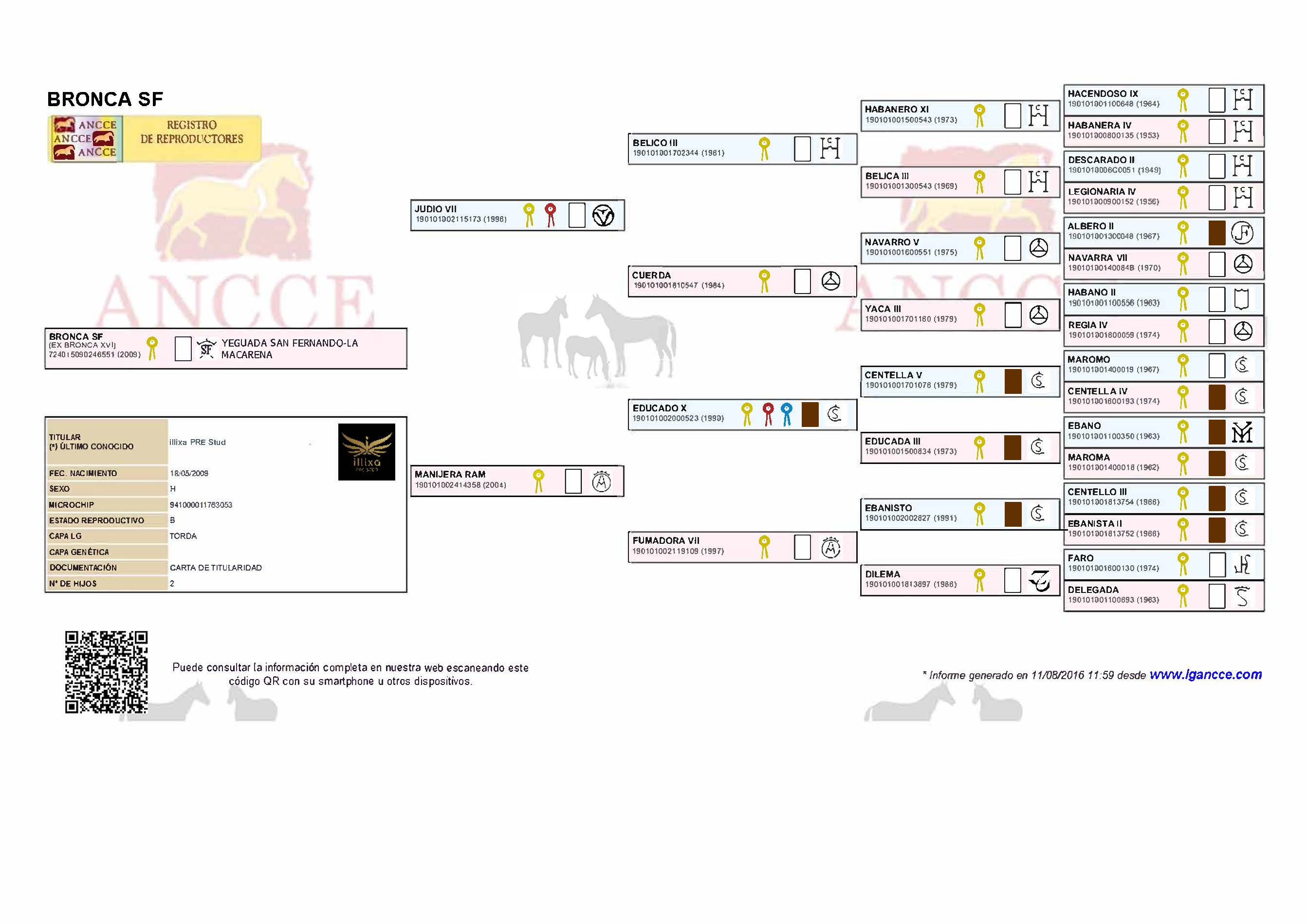 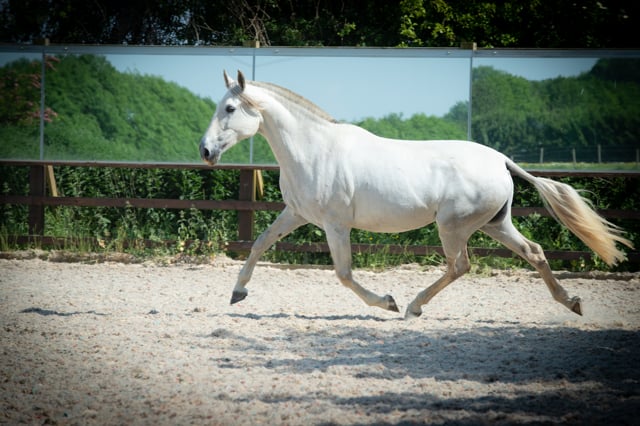 by Judio VII out of Manijera RAM

With a name like Bronca, it’s just as well she isn’t (currently) a ridden mare, but she doesn’t need to compete under saddle to affirm her natural ability and jaw-dropping paces.

Sired by Judio VII, who has produced more purebred Spanish champions than any other PRE stallion, Bronca’s pedigree is exceptional in itself, but she already has numerous championships to her own name, including gold & silver medals in Spain.

Having always admired horses by Judio VII, we were immediately drawn to Bronca. She’s a super example of the PRE breed, with excellent conformation and movement; a perfect compliment to our stud with all the attributes we look for.

Bronca has a very kind nature and temperament and has already produced some exceptional foals, including our own filly, the lovely Pastelera CA (or Patsy as we have named her) by Fer Davinci and illixa Artemis, sired by the Fermin Bohorquez stallion, Meastro REY.