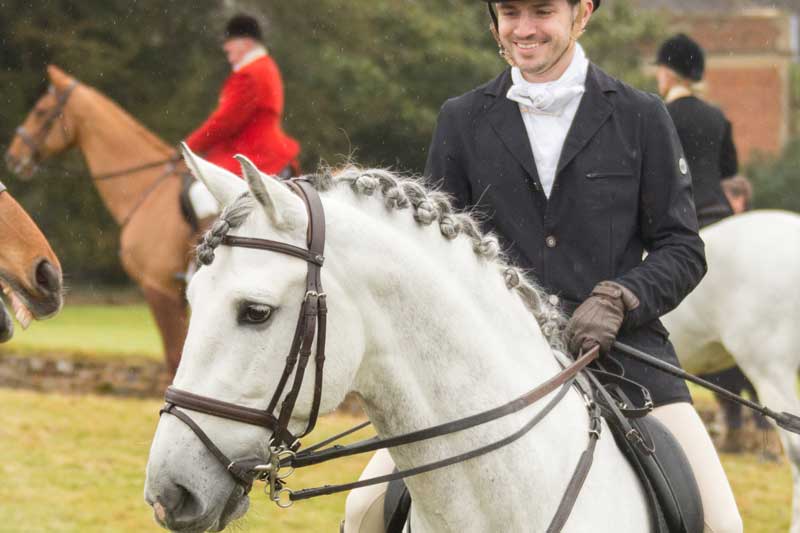 Posted at 08:19h in Stud News by domcoutts
0 Likes
Share

It’s a bit of a change to international dressage, but variety is the spice of life and so why shouldn’t our purebred Spanish horses enjoy something different.

We’re believers in getting our PREs, or Andalusian horses as most people know them as, out and about, doing as much as possible. It’s good for their brains, not just as a bit of variety to stave of boredom, but all horses, not just Spanish horses, benefit from being exposed to lots of new experiences.

Our big grey PRE mare, Destinada SHUK loves to go; a very forward and energetic horse, she really enjoys jumping and hunting proved to be a great day out for her.

Danes CA is our main Spanish stallion and somewhat treasured. Having just returned from the Masters Du Cheval Ibérique (MCI), European Dressage Championships many would think us mad to take him hunting. However being a young stallion, patience is probably his least favourable attribute. There’s always a fair bit of standing around when hunting and needless to say, when stood amongst a large group of horses, Danes CA didn’t have much choice but to stand still and quickly discovered new-found patience, which so far, has remained.

Bondadoso I REY is our beautiful Bohorquez stallion, who having only arrived last Autumn is still finding his feet and everything for him is new. It’s fair to say that he was exposed to very little during his first 5 years in Spain, and as such, he arrived quite an anxious horse. We’ve backed him and he’s now schooling and hacking out very nicely, but he was still nervous of new encounters. However, hunting exposes horses to lots of new experiences and sights, but being within a large group of horses gave Bond reassurance and confidence that has, similarly to Danes’ newly discovered patience, continued to endure. 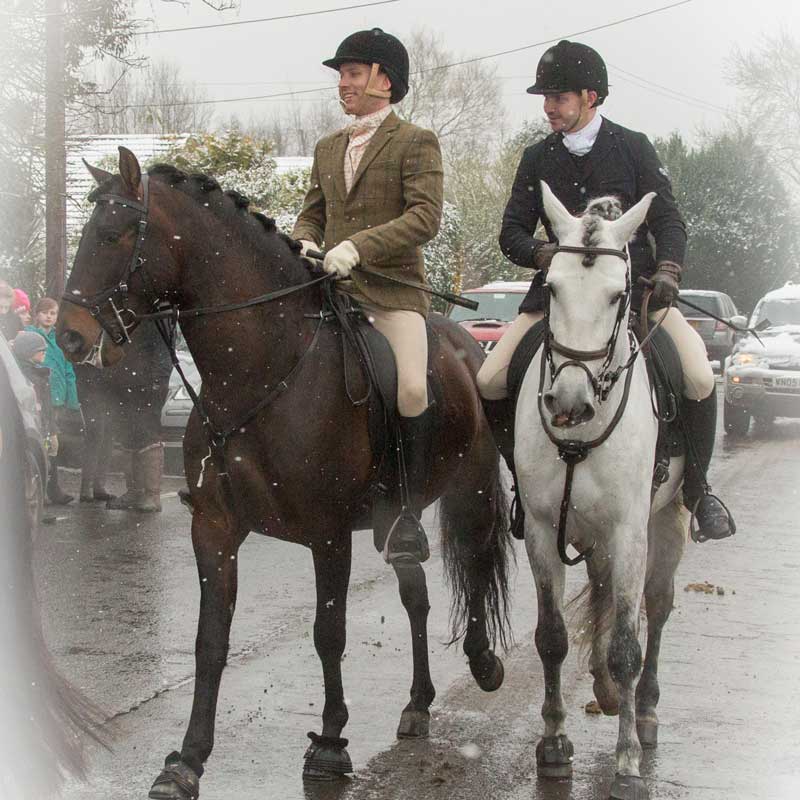 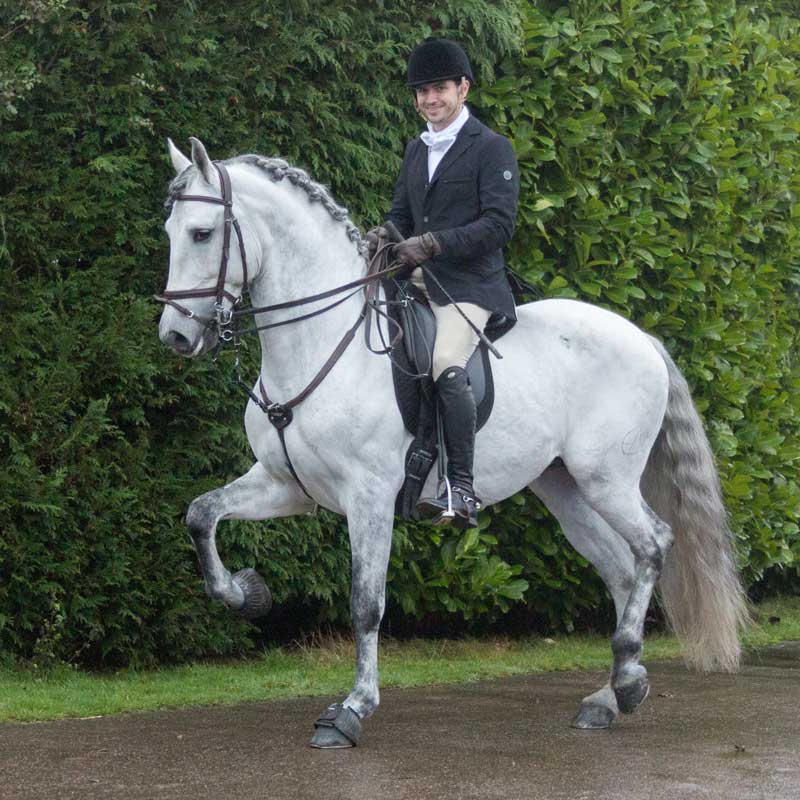 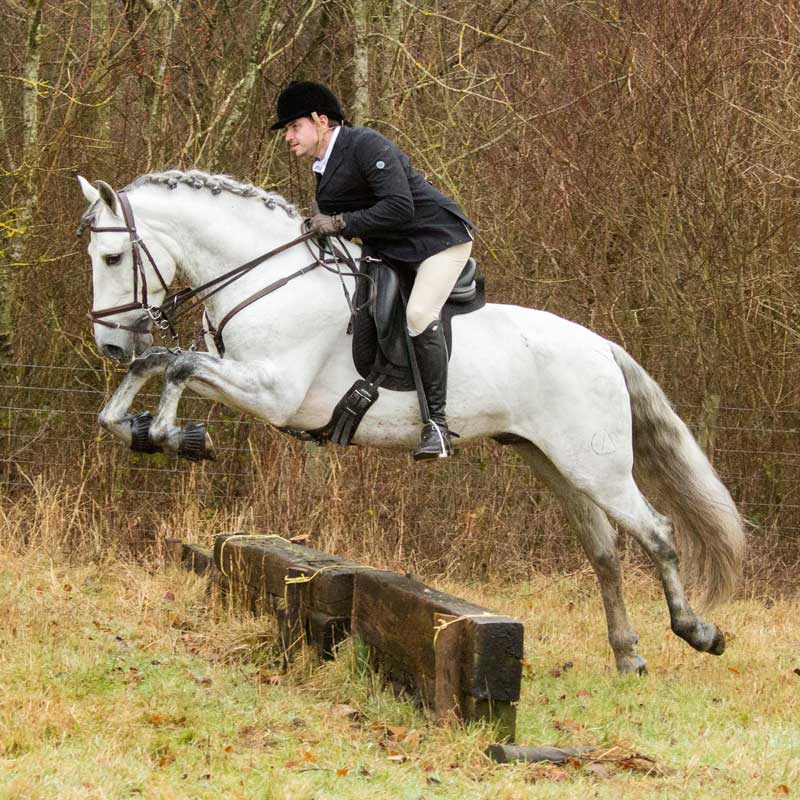 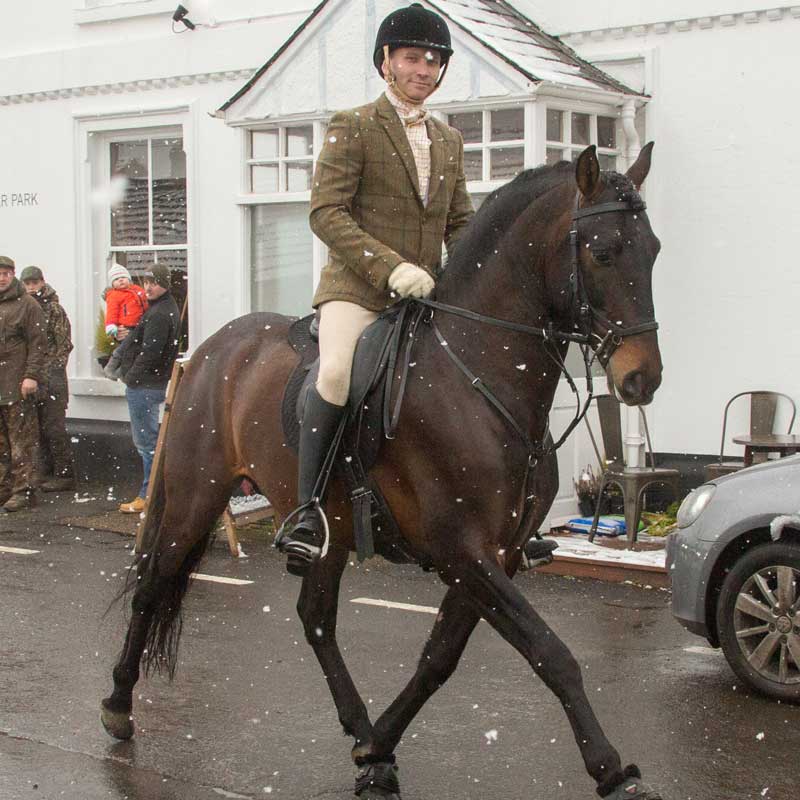 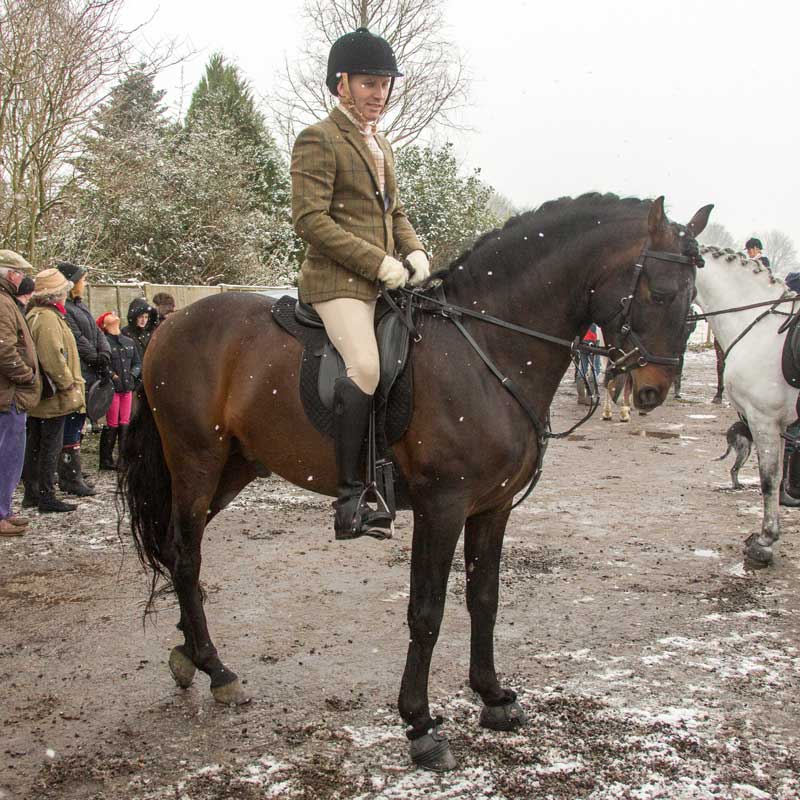 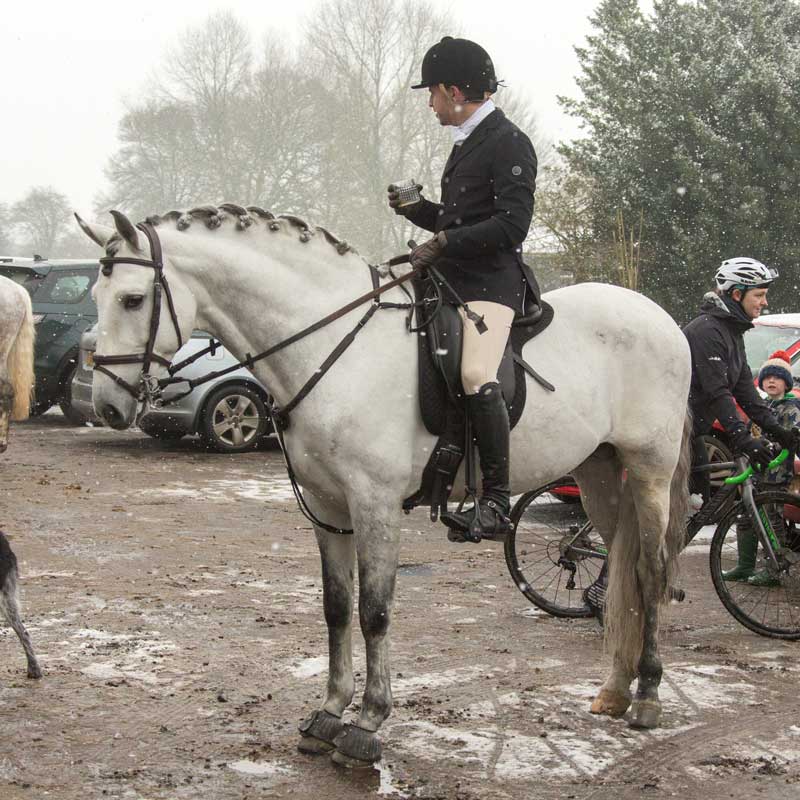 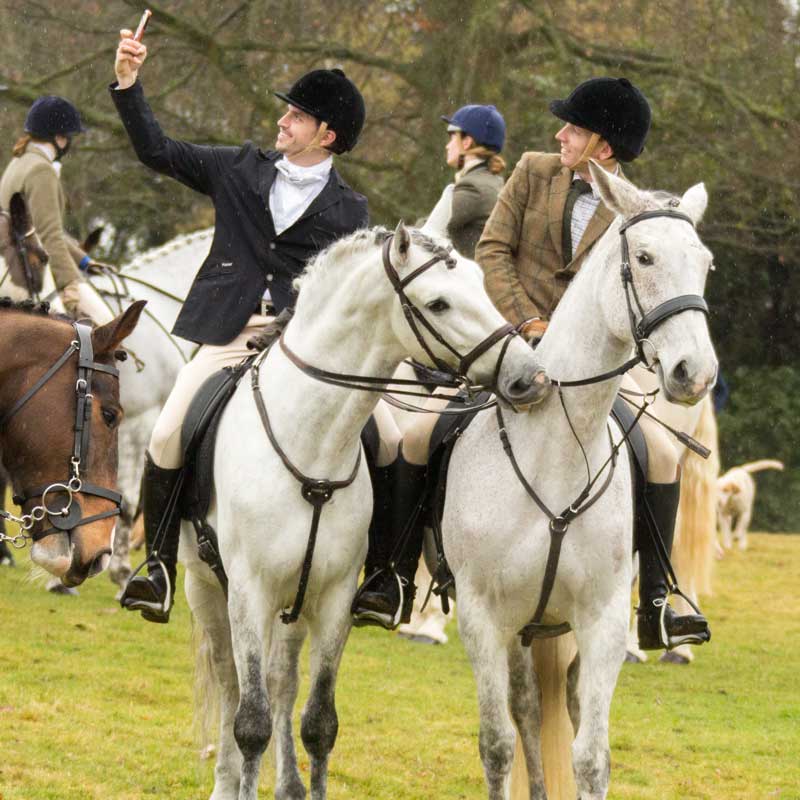 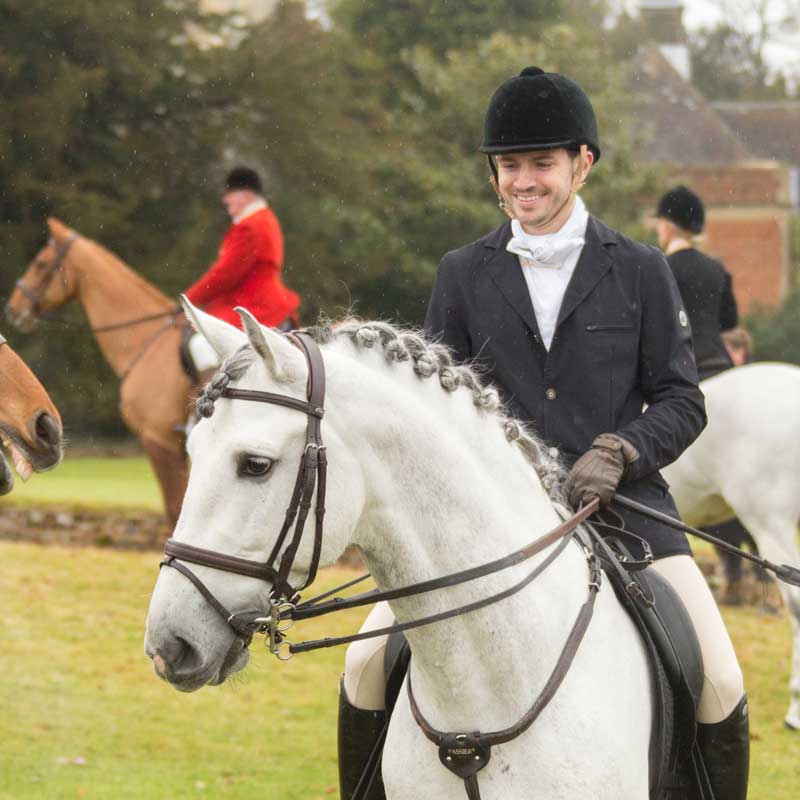 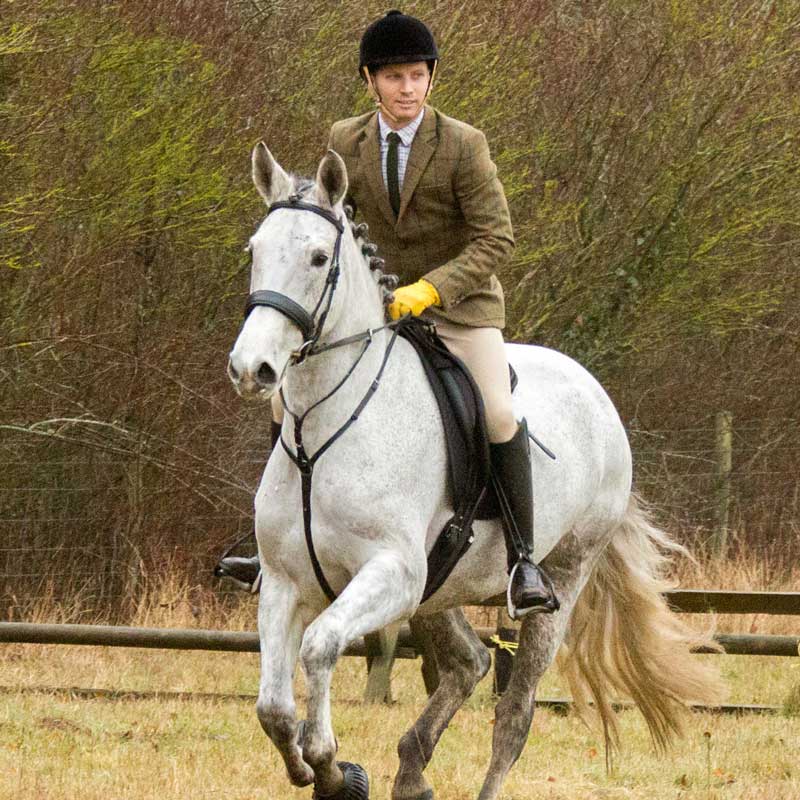